The awarding ceremony of the laureates of the national prize of the Russian Professorial Assembly "Professor of the Year" took place within the framework of the plenary session of the "Science and Education in the context of global Challenges" Fifth Professorial Forum on November 22 in Moscow. The winner in the nomination "Technical Sciences" in the Volga Federal District was Viktor Golovanov,  USU vice-rector for Scientific Work , Doctor of Physical and Mathematical Sciences.

Congratulations to Viktor Nikolaevich on a well-deserved victory! 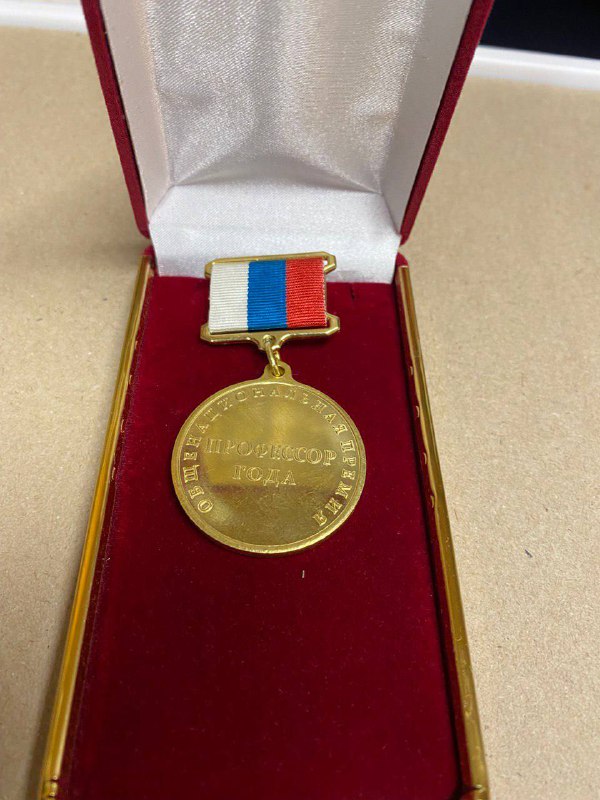 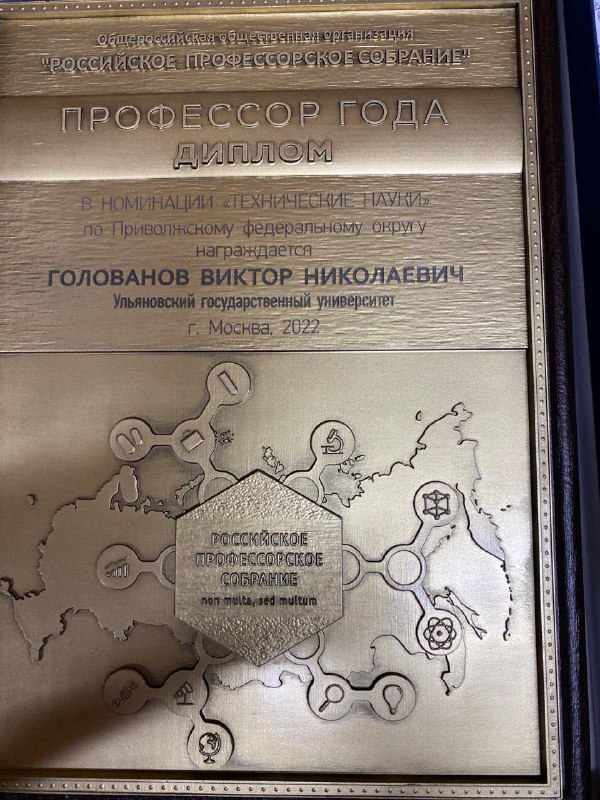 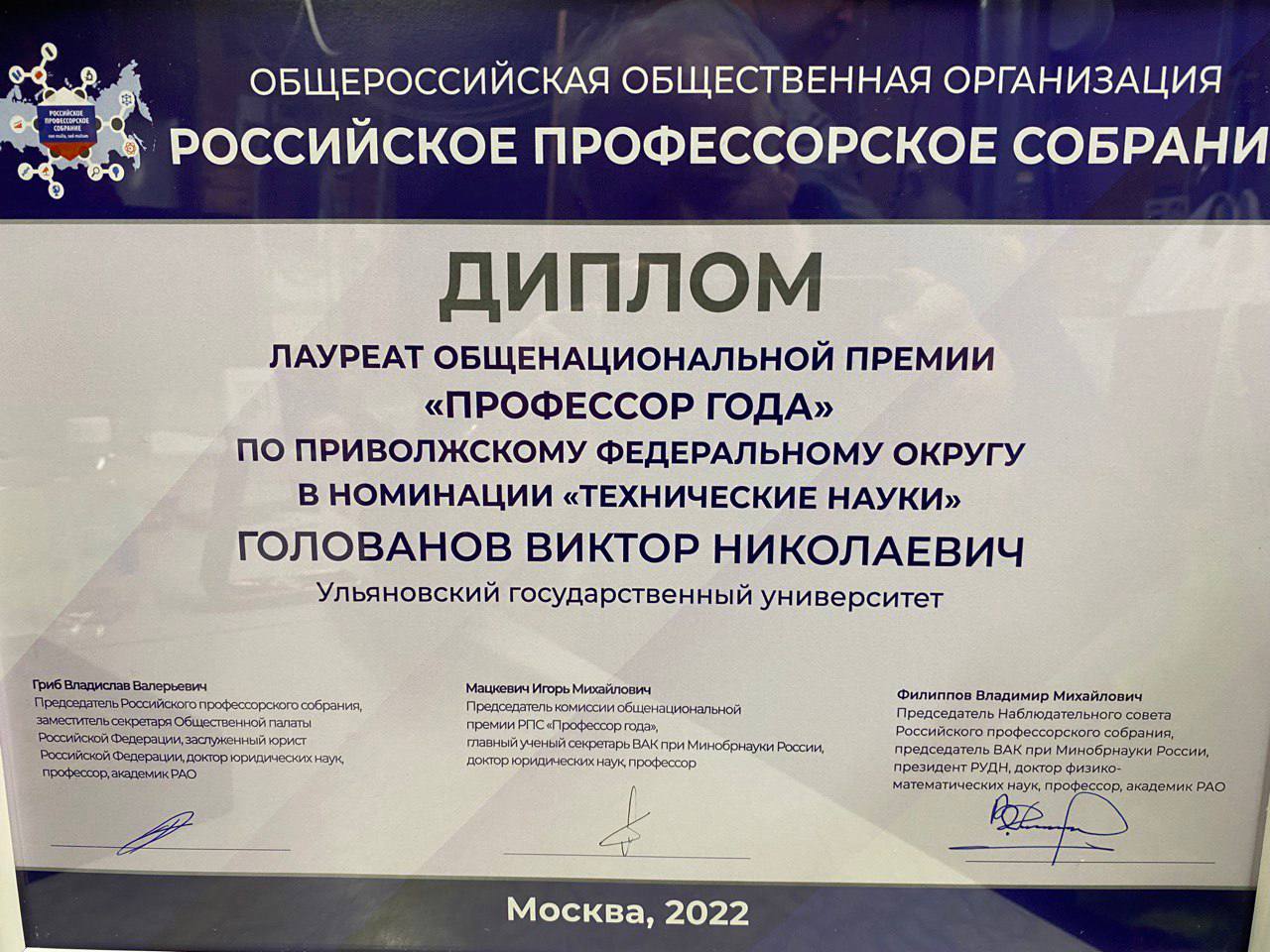 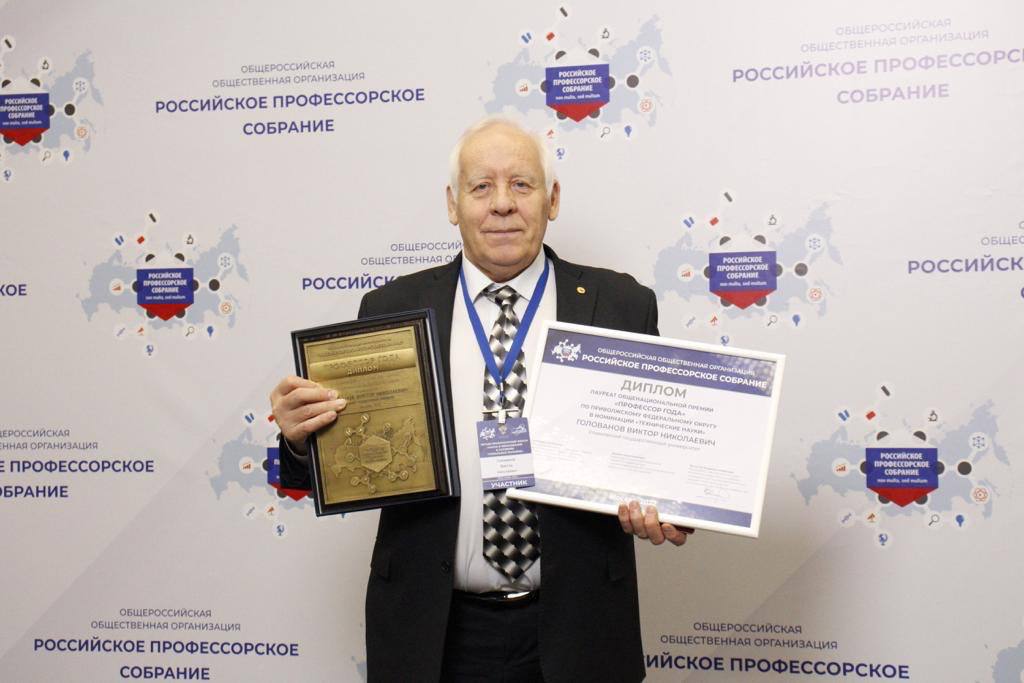